Varok is a half-orc about 6’6’’ and is pretty well built for a sorcerer. In fact, the numerous scars and his armaments would lead one to believe he was a warrior. Varok has multiple eyebrow, nose and ear piercings all with different metal, wood, and bone rings. He has a nest of long black dreadlocks that also has many small ornaments such as rings and feathers in it. His eyes are a brilliant saphire blue, and has grass green skin. His clothing is a collection of different furs and leathers. He carries a couple of throwing axes in addition to a greataxe on his back.

Varok grew up not knowing any of his true family. Varok was raised by the doula who helped deliver him named Aggra. Varok’s mother died shortly after child birth. According to Aggra, Varok’s father (and his whole tribe) were killed leading his mother to escape. To protect Varok, his mother never shared any names or places. In reality, Varok knows little of his mother and father’s origins.

Varok grew up in a tribal village belonging to the Mistrunner tribe. The tribe was welcoming of all peoples and was very diverse. Even still, Varok was one of the only people of Orcish descent. Many people mistrusted him at first, but Varok’s quick wit and magnetic personality changed their minds quickly. Varok is very friendly but also had a short temper. This temper often got him into trouble when he was growing up.

As Varok grew up he learned he had the ability to tap into the weave. He was quite adept at using magic and was trained by many of the seers of the tribe. No one was quite sure where Varok’s abilities came from. Aggra always told Varok he was the son of a warchief and was destined for great things. Varok always chalked up his magical abilities to his father’s bloodline.

Varok became quick friends with another youngster of the tribe named Jesper. Jesper usually kept to himself (or the animals) and had a little trouble making friends. Varok and Jesper being the same age became very close, getting themselves into trouble once in a while. Varok has always been fiercely defensive of Jesper, but when Jesper’s own magical abilities began to manifest they started to protect each other instead.

Varok and Jesper looked for adventure around their village for many years. Hunting dangerous beasts and exploring the forest and mountains around them. It wasn’t until they were visited by a jolly Varl named Porir that their true adventure would begin. 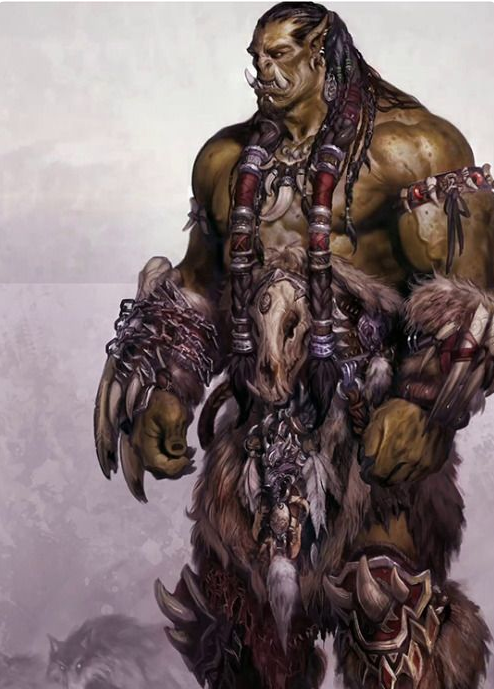